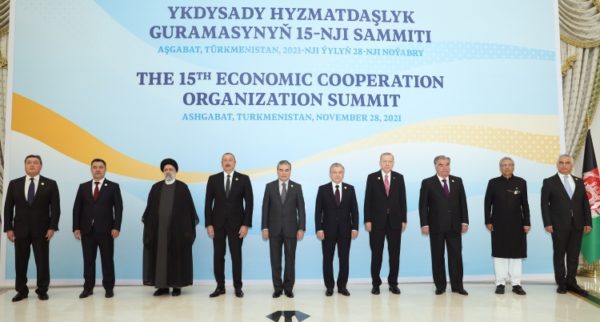 On the occasion of the first anniversary of the Victory Day and the liberation of its territories, ECO Summit extended its warmest congratulations to the government and people of the Republic of Azerbaijan. This came in the final statement of the fifteenth summit of the organization in Ashgabat, Turkmenistan.

“We believe that the liberation of the occupied Azerbaijani lands will lead to lasting peace, economic progress and prosperity of the Caucasus region,” the statement added.

The Ashgabat Declaration included provisions in favor of Azerbaijan and the importance of establishing good-neighbourly relations in the Caucasus region at a later stage.

Also, the statement called on the member states of the Economic Cooperation Organization to invest in the construction and reconstruction of the liberated lands in Azerbaijan.

In addition, the statement also included the approved reports in the Economic Cooperation Organization and contained the phrase “the corridor in the documents signed by the leaders of Azerbaijan, Russia and Armenia” as a clear example of the success of promoting and adopting the Zangazur corridor in the ECO region.