“Aldiplomasy” highlights a model of LEADER.. The first lady of Azerbaijan, Mehriban Aliyeva 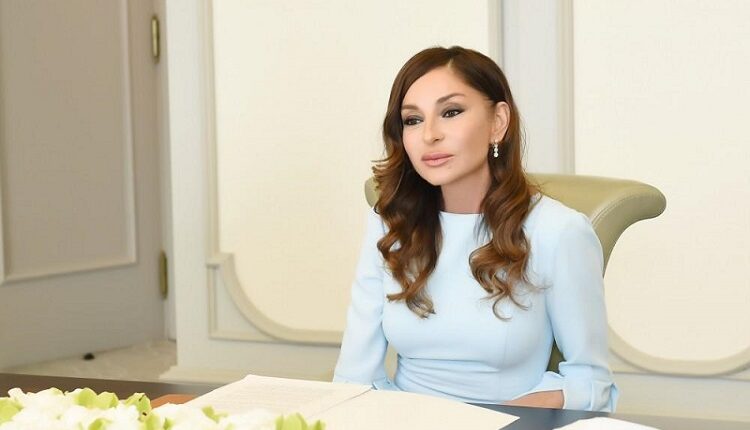 Before and after being named vice president and the first lady of Azerbaijan, Ms Mehriban Arif Gizi Aliyeva could capture cameras’ eyes whenever and wherever she lands to achieve whatever the Azerbaijani people dreams of, rather than carrying their burdens and thinking of. This was obviously touched during the LIBRATION war with Armenia, the occupier.

No doubt that her role during the revival of dignity after drafting the occupier and restoring all the occupied lands from Arminians, was remarkable globally and she could become talk of people everywhere, esp. Arab peoples. So, they want to know who she is.

“Aldiplomasy” highlights this model of LEADER as follows:

Mehriban Arif gizi Aliyeva was born in Baku in 1964. In 1981, she graduated from the secondary school No. 23 in the city of Baku with distinction and entered Azerbaijan State Medical Institute named after Nariman Narimanov, Preventive-Treatment Faculty.

In August 2004, Mehriban Aliyeva was named Goodwill Ambassador of UNESCO for her role in protection and development of Azerbaijan’s intangible folk literature and national musical legacy. In December 2004, Mehriban Aliyeva was elected as a member of the Executive Committee of NOC at the 4th General Assembly of the National Olympic Committee (NOC) of the Republic of Azerbaijan.

Mehriban Aliyeva has been a member of the New Azerbaijan Party’s Political Council since 2004, and deputy chairman of the party since 2013.

In 2005, Mehriban Aliyeva received an academic degree of PhD in Philosophy. In 2005, 2010 and 2015, Mehriban Aliyeva was elected as a Member of Parliament at the third, fourth and fifth convocation of the Milli Mejlis of the Republic of Azerbaijan.

In November 2006, Mehriban Aliyeva was named Goodwill Ambassador of ISESCO for her outstanding contribution to humanitarian area, including the development of dialogue among civilizations and cultures, promotion of Islamic cultural legacy and for her tremendous role in addressing problems of children with special needs.

Mehriban Aliyeva is married, and has two daughters, a son and five grandchildren.